There’s no way around it. The iOS 14 update makes life much harder for digital marketers. Especially the ones on Facebook.

Also known as App Tracking Transparency, Apple announced ATT framework in June 2020. However the rollout was delayed until April 2021 to give developers more time to prepare. Well, it’s already here and not as scary as you might think.

ATT aims to protect Apple users from being tracked without their permission. In this regard, the Apple Store now requires all mobile apps to show prompts to the iOS 14 users. These prompts ask whether they want to opt in or opt out from tracking across apps and websites.

Users can’t bypass or avoid the opt-in/opt-out prompt. So now, Facebook or other apps can track the iOS users’ behavior only if they opt in and express consent. This impacts apps like:

“Only 12% of users let applications track their activity”. This is the result of the first two weeks of the App Tracking Transparency reported by Flurry Analytics.This means marketers lose access to the most users’ Identifier for Advertisers (IDFA). Instead, data groups together to hide individual identities. This has a direct impact on three main things:

So let’s get into the details about how the iOS 14 update affected Facebook advertising. Plus, explore quick fixes advertisers should make to mitigate the impact.

You  are now allowed to track up to 8 conversion events per domain as opposed to unlimited events in the past. This limitation is due to Aggregated Event Measurement, a new protocol that Facebook released as a response to Apple privacy update. The protocol aims to help advertisers still run effective campaigns while also complying to user privacy forced by Apple.

This means that if someone opts out of iOS 14 tracking, you can still collect some conversion data. But it’s aggregated and none of the data links to an individual user’s action. Instead, all the data groups together for privacy.

Facebook initially assigns these 8 events it believes matter most to your business based on the conversion data. But advertisers also have the option to:

To do this, visit the Facebook Ads Manager >> Aggregated Event Management.

Why is this prioritization so important?  If an opted-out user takes multiple actions in one conversion window, Facebook only reports the “top” event. So when a user triggers more than one conversion event, you’ll see the one that’s highest on your priority list.

Because Purchase trumps Add to Cart, you will only see the top event. In this case, it’d be Purchase.

In a different scenario, if the user doesn’t purchase, Facebook will report on the next most important conversion event in the ranking list.

Keep in mind that in this regard, all of your other events may report numbers that are lower than anticipated. This is true even if they are within your top eight. So for this reason, expect to see inaccurate or incomplete data in Events Manager reporting.

This of course creates a huge gap in the buyer’s journey and may disrupt your advertising strategy overall.

Pro Tip: If there’s big timing difference  between conversion events, you might still see each event.

When it comes to opt-in iOS 14 users, all 8 events will be returned regardless of the prioritization.

Whether or not an iOS 14 user is opted in or opted out, you can deliver optimized ads for one of your eight prioritized events.

But if you want to optimize your ads for a non-prioritized event, you’ll have limited delivery and limited reporting. These types of ads only deliver to users who opted-in to tracking.

Facebook also estimates “missing” iOS 14 web conversion events with statistical modeling. This means all the stats you would have had for iOS 14 users are now replaced with data projections.

This means all data on the campaign level isn’t linked to an individual. And there are limits on possible insights. But, Facebook may use statistical modeling for app installs. It’s designed to fill in these missing iOS 14 data points.

Either way, now that fewer people opt-in to tracking, there’s not as much data to report. This impacts your ability to retarget, optimize, and customize — more on this in a minute.

Nothing for app conversions. The iOS 14 update only impacts Apple devices with iOS 14 or later. So marketers can still access complete conversion data. But only for non-iOS 14 and traditional desktop devices. And there’s an unlimited number of trackable Pixel events.

But the way Facebook web conversion reporting works is different. Web conversion events now report based on the time each conversion takes place. This isn’t how it worked before — which was through associated ad impressions.

Facebook no longer provides any reporting on delivery or action breakdowns. This means marketers are in the dark when it comes to data like:

Regardless of whether an iOS 14 user opted-in or opted-out of tracking, there’s no demographic data.

In other words, you can’t access any reporting on the delivery or action breakdowns.

It’s business as usual since the iOS 14 update only applies to people who use an Apple mobile device. Other desktop and non-iOS 14 users are in the clear. This means you’ll be able to see things like age, gender, and ad placement.

Like desktop and non-iOS 14 reporting, iOS 14 data delays can last up to 3 days. And all data centers on the time of conversion, not the ad impression.

But, regardless of whether a user opted in or out, all the data comes from Apple’s SKAdNetwork API. This means the time conversions you see come from Apple, not Facebook.

Facebook’s attribution reporting changed across the board. FB merged windows on the account level and ad set level. Together they form a new ad set level attribution setting. You can find this under Optimization & Delivery.

All attribution windows are the same except Facebook scrapped:

Pro Tip: If you have inactive ad sets, you should still be able to see all historical data. This applies even if you used the discontinued attribution window options above.

Here are the windows you can still choose from:

There are some attribution window option exceptions. But they’re for app install campaigns. We’ll cover this in a minute.

As we already know, Facebook limits trackable events to 8 per domain. This is across the board, regardless of device ori OS. Facebook chooses these events for you. But you have the power to reprioritize each event as you see fit in the Ads Manager.

With the iOS 14 update, you can’t optimize each event above on its own because of the new limitations. Now, you have to pick and choose because there are fewer options.

Plus, the new attribution windows impact optimization, too. Marketers lost iOS 14 users, the 28-day click, and the 28-day view. So now there’s less information to make decisions about future ads.

If iOS 14 users opted-in, marketers can still retarget them through Custom Audience. This is good news for FB marketers. But the bad news is that iOS 14 users who opted-out are off-limits. The same applies to lookalike audiences that are created from custom audiences.

The Facebook Ads Manager lets marketers create Custom Audience. These are highly defined groups of people on FB who already know your business. Think past customers, app users, or website visitors. And the Custom Audience tool in FB lets you:

Connect with people who’ve converted in the past.

Custom audiences serve as one of the sources to create a lookalike audience, a new audience that mimics the audience you already care about.

Custom Audience is a powerful tool. And luckily it’s business as usual for marketers targeting desktop and non-iOS 14 users. There aren’t any limitations on Custom Audience – nothing’s new here.

It’s a tough transition. And marketers all over the world are scrambling to come up with new ways to target iOS 14 users. To succeed, all you need is the right tools, resources, and solutions. 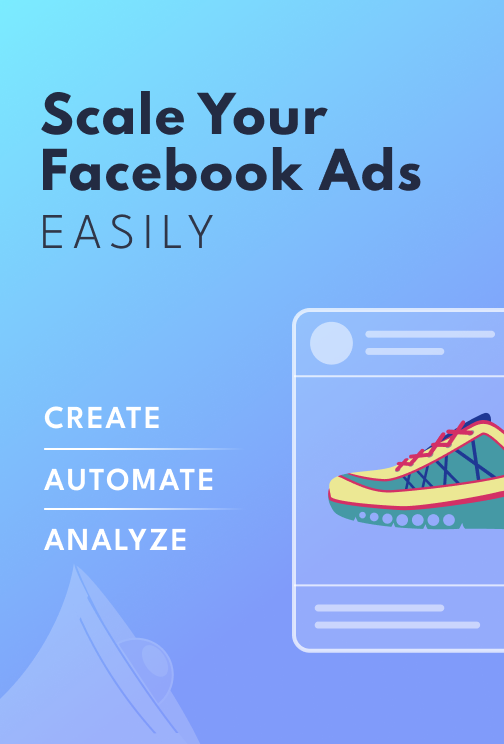