When your Facebook ad campaigns don’t meet your expectations and fail to generate positive results, the next steps are pretty predictable – you either take some measures to improve the situation or just kill off the underperforming ads. But what if you’re super successful, have hit the target CPA and see a solid ROAS? What’s the next step to take to grow your business even further? The answer is scale, scale, scale. Naturally a question arises – can we scale CBO campaigns in the same way as we were used to with ad set budget optimization?

CBO has changed the rules of the game for Facebook ad scaling strategies. In the past, when it came to ad set budget optimization, you would either incrementally increase the budget for ad sets that were performing well or duplicate them with an increased budget, while also keeping your fingers crossed that everything would work well.

You should consider two things when it comes to scaling your CBO campaigns:

In this post we’ll cover the common ways of testing and scaling your CBO campaigns and explain why CBO scaling is an even better and safer solution.

If you haven’t yet switched to CBO, here is a source to help you better understand the essence of Facebook’s new algorithmic change and adopt it more easily and smoothly.

Scaling on the ad set level has always been a major issue for advertisers. When increasing the budget for ad sets that are performing well, there is always a risk that this will cause the ad set to re-enter the learning phase and harm the results you’ve already achieved.

As yet, Facebook has not set out an exact rule about the percentage of increase that is safe and that will really scale your campaign rather than spoil it. As a result, we advertisers are constantly experimenting to find the right scaling formula.

Though the rulebook for CBO scaling is yet to be defined, there are a few things of which we can be certain: CBO provides more scaling opportunities, is less volatile, and can scale easier and faster while maintaining a sustainable ROAS. The old scaling methods still work, but with some adaptations made and a more strategic approach adopted. Let’s now take a look at some working strategies to scale your CBO campaigns successfully!

As long as CBO is optional and we still have the possibility of ad set budget optimization, why not use them in sync and harness more benefits as a result? One proven strategy is to start with ad sets outside of CBO and then push the winning ones into CBO. This strategy popularized by Depesh Mandalia, one of the leading experts in Facebook advertising, is called CBO Graduation Framework. Here’s the deal!

In this phase, you start several ad sets within a campaign, each targeting a new audience, and test them over a certain period to determine which ones perform best. With ad set budgeting, unlike CBO, you can rest assured that all of your ad sets will be given enough impressions and spend their whole budget regardless of performance, and no audience will be given an advantage over another.

For this testing phase, it’s best to start with a small spend, for example $5-10 per day, per ad set.

Once you identify your winning ad sets, duplicate them or graduate them into a CBO and let them compete against each other. The Facebook algorithm will now start finding the best active opportunities to get results across your best ad sets and identify the best of the best. Then, if you see some ad sets stop performing, you can simply kill them off without worrying that the CBO will re-enter the learning phase.

To scale your winning ad sets, you can either increase your CBO budget or add new creatives within these ad sets.

You can also implement this strategy with your previously successful ad sets, pushing them into a CBO and reviving them.

When using this tactic, you should first test several interests or lookalike audiences within a CBO, then identify the winners and duplicate them. Here are the steps to take:

Do you have a successful CBO campaign that shows stable performance and a high ROAS? If your CBO provides stable delivery within 48-72 hours (the average length of a Facebook learning phase) and continues to show the same stable performance for a week or so, you are ready to scale and grow even further.

What we recommend here is that you duplicate your whole CBO, increase the daily budget by 30-50% every 24 hours and pause any underperforming ad sets.

With ad set budgeting we would increase the budget more carefully, so by making a 20% increase every 2-3 days. With CBO, however, you can scale more aggressively as the algorithm seems to stabilize things much faster.

The good news is that you can automate this process using Facebook’s automated rules tool. Define the condition that indicates your CBO is doing well, choose the action Increase Daily Budget by and set the variable in percentage terms. Finally, schedule the rule to be checked daily. And that’s it: your CBO is all set for automatic scaling.

You can apply this ready-made automation strategy with Adscook. You can select a scaling rule from pre-built templates like Scale while profitable, Duplicate winners or Scale duplicates. You can also set complex rules with And/Or logical expressions, implement more actions like Duplicate, Delete, Add to Name, or implement more flexible rule scheduling. Join Adscook now and get 30-day free trial.

CBO Scaling Strategy #4: Scale the Best-Performing Ad Set Within a CBO by Turning off Other Ad Sets

Do you have one particular ad set within your CBO that’s generating most sales and want Facebook to spend more budget on it? If so, you can turn off all the other ad sets and the budget will automatically be redirected to that particular audience. That way, your best-performing ad set and its creatives get more budget.

From there, you can take things further and increase your CBO budget or add more creatives to the ad set.

CBO will become mandatory for all ad accounts exclusively by 2021. Until then, we have a fantastic opportunity to mix and match ABO and CBO to go great guns and to be better prepared for the final transition towards CBO.

Whether or not you are happy about Facebook’s algorithm change, it makes an advertiser’s life a lot easier. As well as providing a simpler structure for advertisers to manage their campaigns, it also gives more potential for scaling. CBO offers you greater flexibility to test multiple audiences and creatives, easily get rid of underperformers and scale good performers faster and more aggressively.

Have you already experimented with CBO? What are your scaling strategies?

Leave your fear of change aside and embrace the power of CBO. Enjoy advertising! 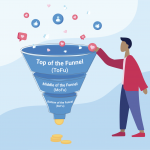 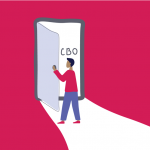