Where are you with your Facebook advertising efforts at the moment? Are you still struggling to find your niche, or have you already hit the bull’s eye with a winning set of Facebook ads? If the second case applies to you, then congratulations: you’ve leveled up!

As a Facebook marketer, you probably define two major stages when it comes to running campaigns:

Discovery – When you spend money on testing different audiences, creatives, copies, etc., to find a winning combination and eventually reach a positive ROI.

Scaling – Once you finally find the gold mine, you want to squeeze as much out of it as possible. You therefore need a proven mechanism to increase the ROI and at least maintain the level you’ve reached.

In basic terms, scaling your Facebook ads simply means increasing your budget, reaching out to broader audiences or implementing other expanding tactics while protecting positive return on your ad spend. There are two key things to remember before you get down to business:

Here are our top tactics for using automated rules to implement Facebook ad scaling in a smart way.

This is by far the most common Facebook ad scaling tactic because if you do it methodically, it’s the least risky strategy. But what exactly do we mean when we say to do it methodically? We mean that you should avoid big budget increases. If you make any big changes to your ad sets, the FB algorithm resets its learning phase and starts all over again. If you make small changes, however, such as small budget increases, the data gathered from the initial learning phase is maintained and picks it up from there.

So what’s our recommendation? To increase your budget by 15-20% and do it incrementally every 3-4 days.

The best thing about this is that you can now automate that action – yes, really! Let’s take a look at how to do this with Adscook automation rules.

First, decide what condition you want your ad set to meet in order to trigger the increase budget action. The condition should be something that will indicate your ad profitability. See below:

This rule will automatically increase your ad set budget by 15% every 72 hours (every 3 days) if the number of purchases within the last 3 days is at least one and the cost per purchase is under $20. The conditions can change as per your business goals. For example, we have analyzed and determined for ourselves that we are ready to spend a maximum of $20 per purchase, and at least one purchase within three days is a good indicator for us that we’re being profitable.

Isn’t it time-consuming to go in and check your ad performance and increase your budget every 3 days manually, especially if you have multiple ad sets running? That’s precisely why automation is there: to lend a helping hand and save you valuable time.

Do you still think that a dramatic budget increase will positively impact your ad set performance? Even if you have a gut feeling that it will work and your ROAS will not decrease, don’t put the pedal to the metal. There is a less risky method to significantly increase your budget, and that’s by duplicating your winning ad sets.

Here’s the deal. Simply duplicate your successful ad set so it has exactly the same target audience, ad copies and creatives, while not pausing the original one. The only difference is that you set a higher budget on the duplicated version.

Let’s say you have an ad set that’s performing brilliantly at a daily budget of $20. You duplicate it so it remains exactly as it is, but you double the budget to $40. After all, why not clone an ad set that’s already proven to be winning rather than creating a brand new one? Regardless, the Facebook algorithm will treat it as a fresh ad set and start a new learning phase.

Do you have multiple ad sets running? Want to test the scaling tactic while optimising your time? You can automate the process using Adscook automation rules, as shown below:

The action triggers every 72 hours (3 days) if the number of purchases in the last 7 days exceeds 10 and if the cost per purchase is less than $20. You can even set another condition with OR logic within the same automation rule. This means that once at least one of the conditions has been met, the action triggers.

As simple and convincing as it may seem, this Facebook ad scaling tactic can prove controversial. What if my own ads end up competing against each other, you may ask? Well, it depends on the size of your audience. If you target a broad audience with a daily budget as low as $10, the chances of your two ads meeting and competing against each other are slim to none. The situation is entirely different if you have a narrow audience, however.

#3: Increase the Manual Bid on Ad Sets with Low Deliverability

Of course you’d like to set the lowest bid on your ad set, but be aware that this may result in low deliverability. You don’t want to have to come back every hour to check whether your bid is set as it should be in order to achieve the desired results. This is where automation rules come in: they’re meant to do the time-consuming job for you and scale your ads effectively.

This scaling tactic involves slightly increasing your bid on ad sets with low reach so that you guarantee your ad deliverability. Let’s look at the example below:

This automation rule will check daily whether the ad set has enough reach and, in the event of low reach (<100), it will trigger the action of increasing the bid by 10%. This ensures that the bid increases until the ad starts delivering.

#4: Be Notified of High Ad Frequency

High ad frequency = low ad performance. This equation may confuse you a little because, after all, why should you be concerned about your ad being shown to people frequently? Quite simply, if people see the same ad on their news feed day in, day out, they may end up becoming annoyed and report or hide the ad – I’ve been in this position several times! It’s known as ad fatigue and you want to avoid it at all costs.

In brief and basic terms, this is how ad frequency is calculated:

So, to combat your Facebook ad frequency issues, you can use scaling tactics, such as changing your ad creative, targeting a different audience, scaling your existing audience or simply changing your offer.

And the best part? You can partly automate this process thanks to Facebook’s automation rules, and here’s how.

First, you need to decide how high you consider to be too high for your ad frequency. Usually, if the frequency exceeds 3, keep your eyes open or set a rule on Facebook to do it for you.

This rule simply means that Facebook will check daily and send you a notification if your ad frequency was greater than 3 the previous day. Once you’ve been notified, it’s up to you to decide how to respond; you can go so far as to turn off your ad.

You may have already conducted analysis and concluded that your high ad frequency is completely damaging your ad performance and decided that the best way to fight it is to just turn it off. If so, you can go ahead and automate that action as well.

While automation in general is sometimes seen as a threat to human jobs, if we look at it in a more positive and rational way, we can admit that automation saves time and eliminates routine tasks. A case in point is Facebook Automated Rules – they make life easier, free up room for creativity and, most importantly, scale your Facebook ads to increase profitability.

Have you tried any of these scaling tactics before? Do you know of any other tactics we haven’t mentioned? Share them with us in the comments below or just drop by to say hello. 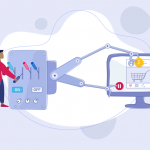 How to Use Facebook Automated Rules (Anatomy + Practical Guide) 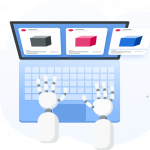